The argument may not be biblical or theological, but Kevin DeYoung is right: 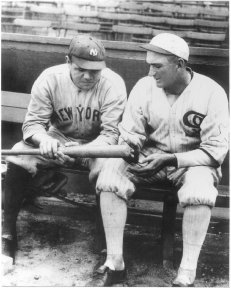 This week marks the beginning of baseball, for 150 years, our national pastime. Football may be the king of revenue and ratings, March Madness may be the most enjoyable three weeks of sports, the NHL may be the obsession north of the border, and the NBA may have bigger star power, but there is still no sport in this country better than baseball. I will never forget the ’85 Bears or MJ and the Bulls during the 90s. It’s been fun to watch the Blackhawks succeed in the last few seasons, and the longer I live in East Lansing the more I bleed green and white. But if I had just one sporting event to watch in person sometime in my life it would be a World Series game with the White Sox. Preferably a Game Seven winner, but I don’t want to be picky.

I know the many knocks on baseball: The games are too slow. The season is too long. The contracts are too big. I know about steroids and strike-shortened seasons. I know the players chew and spit and adjust themselves too much. I know every pitcher except for Mark Buerhle takes too much time in between pitches. I know that purists hate the DH rule and almost everyone hates the Yankees. I understand if baseball is not your thing. You don’t have to like our national pastime.

Read the rest at Our National Pastime.