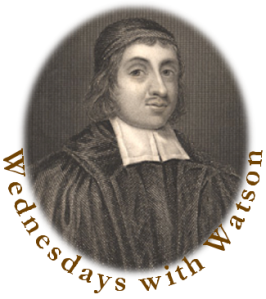 He has the same judgment as God; he thinks of things as God does; he has a Godlike disposition; he ‘partakes of the divine nature’ (2 Pet. 1:4). A godly man bears God’s name and image; godliness is Godlikeness. It is one thing to profess God, another thing to resemble him.

A godly man is like God in holiness. Holiness is the most brilliant pearl in the King of Heaven’s crown: ‘glorious in holiness’ (Exod. 15:11). God’s power makes him mighty; his mercy makes him lovely; but his holiness makes him glorious. The holiness of God is the intrinsic purity of his nature and his abhorrence of sin. A godly man bears some kind of analogy with God in this. He has the holy oil of consecration upon him: ‘Aaron the saint of the Lord’ (Psa. 106:16). Holiness is the badge and livery of Christ’s people: ‘The people of thy holiness’ (Isa. 63:18). The godly are a holy as well as a royal priesthood (1 Pet. 2:9). Nor have they only a frontispiece of holiness, like the Egyptian temples which were fair outside, but they are like Solomon’s temple, which had gold inside. They have written upon their heart, ‘Holiness to the Lord’. The holiness of the saints consists in their conformity to God’s will, which is the rule and pattern of all holiness.

Holiness is a man’s glory. Aaron put on garments ‘for glory and for beauty’ (Exod. 28:2). So when a person is invested with the embroidered garment of holiness, it is for glory and beauty.

The goodness of a Christian lies in his holiness, as the goodness of the air lies in its clarity, the worth of gold in its purity.

Question: In what do the godly reveal their holiness?

1. In hating ‘the garment spotted by the flesh’ (Jude 23). The godly set themselves against evil, both in purpose and in practice. They are fearful of that which looks like sin (1 Thess. 5:22). The appearance of evil may prejudice a weak Christian. If it does not defile a man’s own conscience, it may offend his brother’s conscience; and to sin against him is to sin against Christ (1 Cor. 8:12). A godly man will not go as far as he may, lest he go further than he should; he will not swallow all that others (bribed with promotion) may plead for. It is easy to put a golden colour on rotten material.

2. In being advocates for holiness. ‘I will speak of thy testimonies also before kings, and will not be ashamed’ (Psa. 119:46). When piety is calumniated in the world, the saints will stand up in its defence; they will wipe the dust of a reproach off the face of religion. Holiness defends the godly, and they will defend holiness; it defends them from danger, and they will defend it from disgrace.