In every election cycle there are always news reports about the number of individuals who do not vote. Often the reason for not voting is apathy — the individual is unconcerned about the issues in the election, believes his vote is inconsequential, or just doesn’t want to be bothered to learn the issues and get involved.

This year again there are reports about the numbers of eligible voters who will not be voting. For instance, ten days ago, in its lede story, USA Today asked, “Is it Ethical to Not Vote This Year for President?” 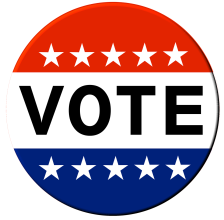 Christians are asking a variation of that question: is it morally right and pleasing to God not to vote? Or is the Christian required to vote?

While the Scriptures don’t answer those questions directly, there are two primary principles that can be derived from Scripture to guide us in answering those questions.

First of all, it is biblically permissible to vote. That is, it is a liberty we can practice; Scripture does not prohibit us from voting. We see indications of that in numerous places. For instance, Titus 3:1 (in the context of our relationship to governmental authorities) tells us to “be ready for every good deed” and a few verses later Paul adds, “those who have believed God will be careful to engage in good deeds” (Tt. 3:8). Similarly, 1 Timothy 6:18 tells believers to be “rich in good works,” and the context indicates doing good things broadly for those around them. Believers ought to be proactive in doing things that are beneficial for the culture. And those good works are not a direct reference to voting, but would certainly include something like voting since by voting we affirm those who are good leaders who will work for the broad good of the culture.

Similarly, when Israel was in captivity in Babylon, Jeremiah instructed the people, “Seek the welfare of the city where I have sent you into exile, and pray to the LORD on its behalf; for in its welfare you will have welfare” (Jer. 29:7). That’s a remarkable statement. The nation had been overwhelmed by the Babylonians, subjugated, and taken into captivity. Their leaders were deposed, their government overthrown, their worship disrupted, and their homes taken away. And in that context, Jeremiah says, “work for the welfare and benefit of the Babylonian nation — because as you do that and as the Babylonians prosper under your influence, you also will derive benefit.” In a similar manner, casting votes for candidates we believe to be honorable and righteous is doing good for those around us and will also ultimately be good for us as well.

We say that because there is no mandate in Scripture that we must vote. In fact, democracy was simply not known in either the Old Testament or the New Testament. The emphasis of biblical writers was simply to be submissive to and content with the leaders God has appointed (e.g., Rom. 13:1-7; 1 Pt. 2:13ff; 1 Tim. 2:1-2). There were no votes for the kings of Israel; there was no voting for the pharaohs of Egypt or the kings of Assyria, Babylon, Medo-Persia, Greece, or Rome. There was no voting for referendums in Rome or Israel. Those who ruled were there by familial succession or by political or military might. So the Scripture didn’t mandate involvement in the political process because there was not process in which the follower of God might engage himself. And thus we can say that while voting is a liberty to be enjoyed and practiced by the believer, the believer is not compelled to vote by Scripture.

It should be noted that periodically God strategically involved individuals in the political process and they worked for the benefit of both the government and the people of God in those circumstances — Joseph, Esther, and Daniel are three primary examples. And yet even then, those circumstances were vastly different from the democratic principles that guide our government. From their examples we can say that it is appropriate for believers to be involved in the political process, but it is not required for the believer to be involved.

Not voting for a particular office up for election also is a conscience issue for some: for a variety of reasons, they may find that their consciences object to both primary candidates for an office or they object to aspects of both sides of a referendum, and they can’t bring themselves to affirm either candidate or either position. And since they must not violate their consciences, then they are free not to cast a vote for those issues.